Here are some nuggets to intrigue you about the upcoming IMAN 4.2 release.

This release will make job construction much smoother and faster. Great stuff from the minds at Realisable. Here’s a quick list of our top highlights:

Because the Realisable team has invested in moving more of the processing from server-side to client-side, there are significant enhancements in page responsiveness. This change to client-side positions Realisable to have a solid foundation for future improvements. We are looking forward to this release very much.

The new vector diagrams have several benefits- they use more current styling, and since they are vector images, they can be zoomed without a loss in crispness. A nice improvement. 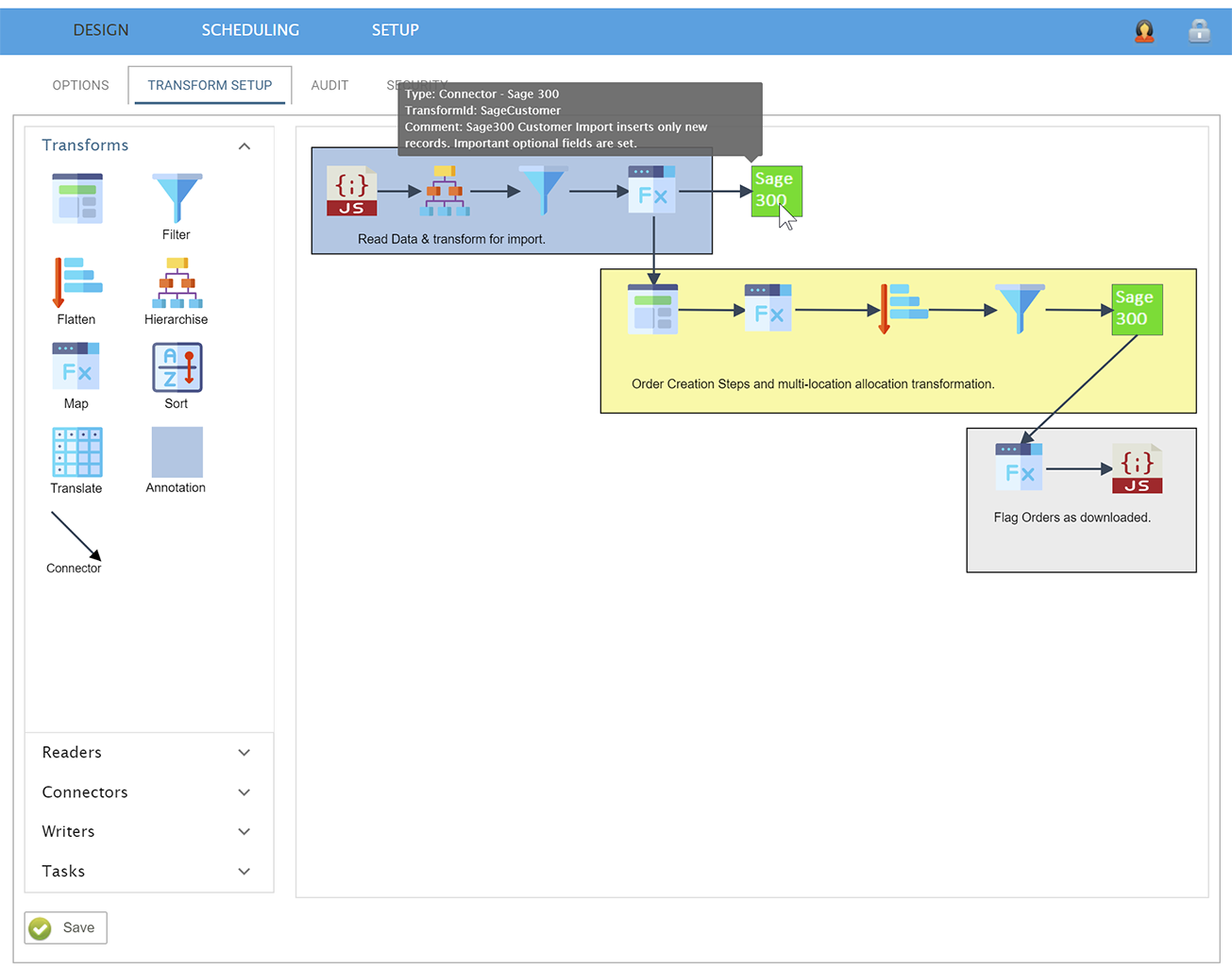 It’s also much easier to drop and move the diagramming controls. There is no delay when adding a new diagramming control. And the connectors that link nodes are much more responsive. That means no more waiting for the connector to “attach” to one node and then carefully aligning it with the next one. There is a much smoother experience to connecting the diagram elements.

There are 2 improvements in the self-documentation abilities in the IMAN 4.2 release.

Here’s an example of an integration with three distinct job paths. Each of them is highlighted in a separate color, with a brief annotation of what the path does. Love this.

To help speed up the frustrating process of needing to log out, change zoom settings, and log back in when confronted with a particularly complex or large job, we can now just use Ctrl+Scroll to change the diagram size. So helpful. Here’s an example of a massive job that we can control to better fit the screen: 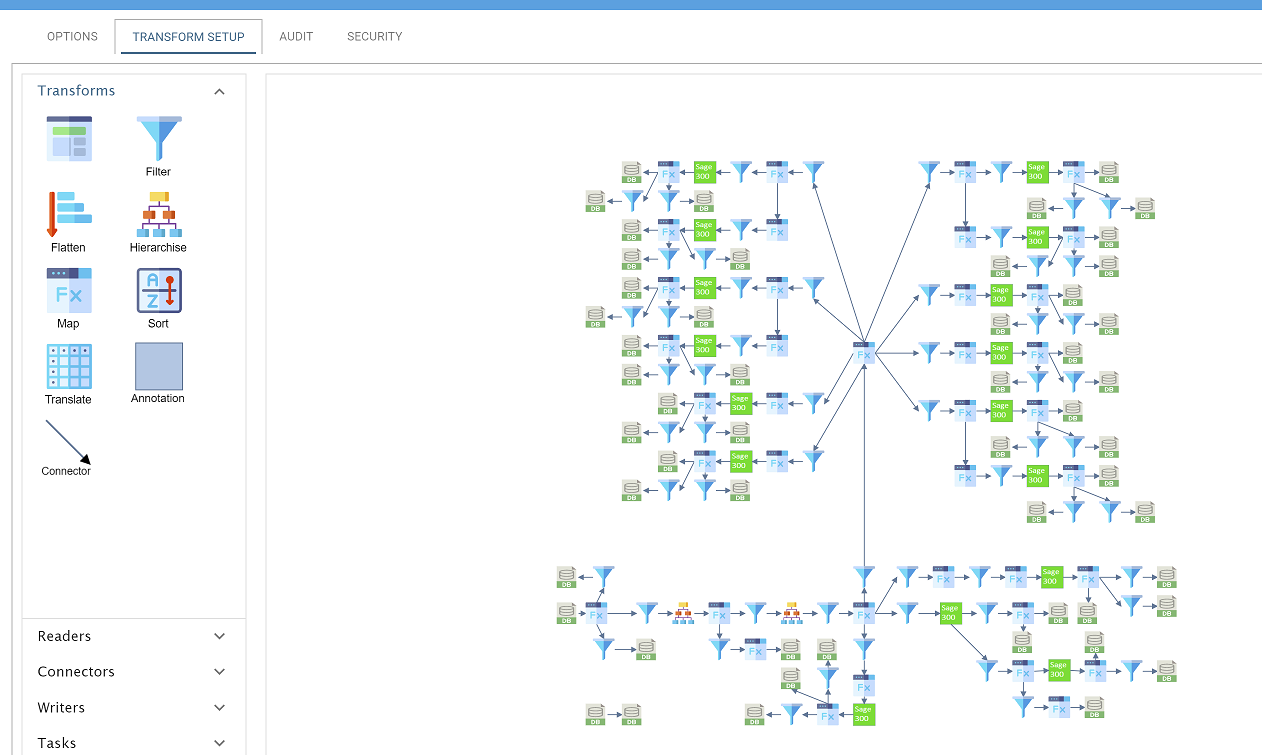 This has been a long requested feature. The developers introduced a vertical moveable pane in the transform, setup and schedule screens. This can be moved left and right, giving more screen real estate. 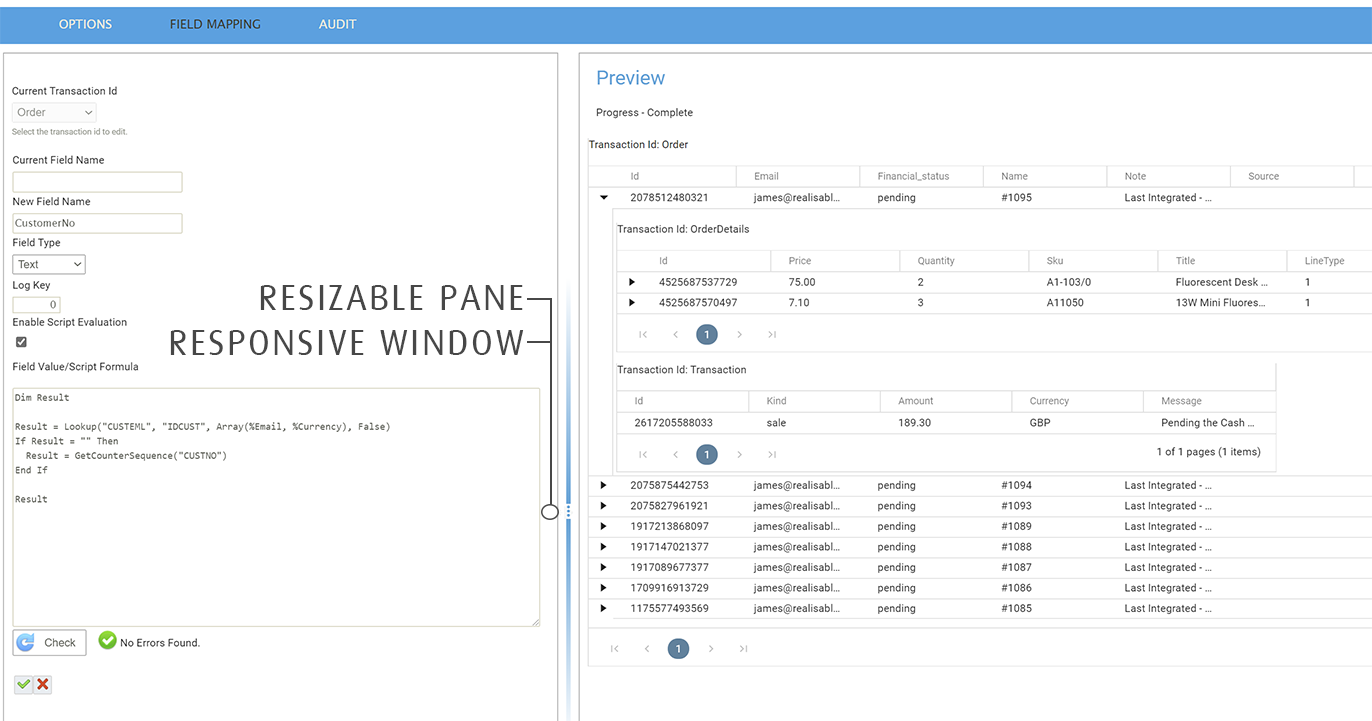 These improvements equate to a broader and deeper scope for integrating cloud applications with your Sage solution. For example:

So many reasons to upgrade with this IMAN 4.2 release! And from version 4.0 or 4.1 to 4.2, as a “point” upgrade, there is no new licensing required. If you’re on a version earlier than 4.0, you will need a new software key, which is available as long as you’re on software assurance. The expected release is mid-April 2020.

Bravo to the team at Realisable.